By Herodotus - April 28, 2017
Over the next few blogs we’re going to be looking in more depth at the Central Refuge in Strangeways. The following description comes from the ‘Sheffield Reporter’, whose journalist made a visit to the home in May 1881. This was a reconnaissance trip to see if there could be a similar set up for the children of Sheffield, as an alternative to the workhouse or industrial schools.


“Externally the Refuge has all the appearance of a number of ordinary dwellings, being in fact, originally four separate houses now thrown into one”. The charity first bought the row of houses in 1871 from Lord Ducie, and spent £1000 converting them into one large building.

The reporter was taken around the Refuge by Walter Browne, Master of the Home. “The object (Browne stated) is to receive and provide for all homeless and destitute boys found in the streets of Manchester and Salford, to train them up to gain for themselves an honest living, and above all, to win their hearts for the saviour”.

During the first 10 years the Refuge was open over 1000 boys passed through the Refuge. All of them had been taken off the streets and many ended up occupying responsible positions within the community. 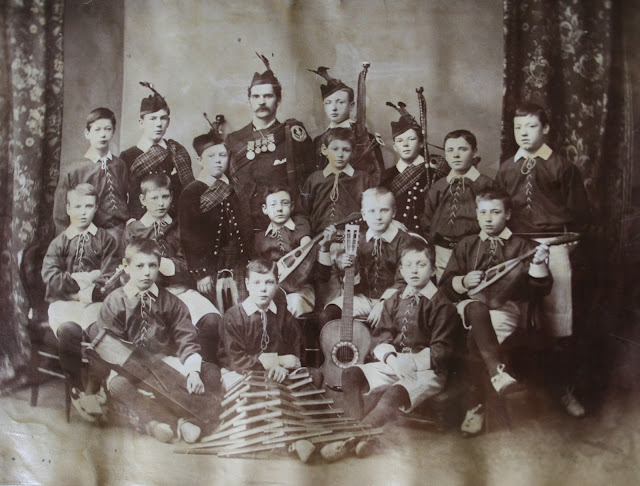 The first room the reporter was shown was fitted with pigeon holes, where each boy was required to leave his boots before going to bed. Ascending a flight of stairs the first floor contained six sleeping rooms with 10 to 16 beds in each. The reporter noted the “wonderful neatness of the room. The boards and bed linen being as white as the driven snow”. Each boy (Browne commented) was to rise punctually at 5:30am and be present in the school room for 6:00am. An hour’s learning was then had before breakfast was served.

The schoolroom itself was big enough for 80 boys and was well furnished with maps, blackboards and other school implements. In one corner of the room, there was a large assortment of musical instruments, giving reference to the charity’s brass and fife and drum band.

The report gives an excellent external view to the workings of the Refuge but it’s only half the tale. Come and join us next week for part two of our Central Refuge tour.

Support the Together Trust